My first contest in this category. Actually, it was not all bands, a few days before the contest, something happened with my sloper antenna for 80M. I used it also for 160M. All band category without two bands :).

The sloper worked also very well for listening on 40M. Sometimes very strong QRM appears in my QTH but when I switch to the sloper, it's gone and band is very quiet again. Working on 40M was sometimes real pain ... . Propagation was not good - only 47 QSO on 10M. It would be much better even with simple 3 el. beam  but vertical is only antenna I can put on the roof.

There are a few images from WinTest after the contest: 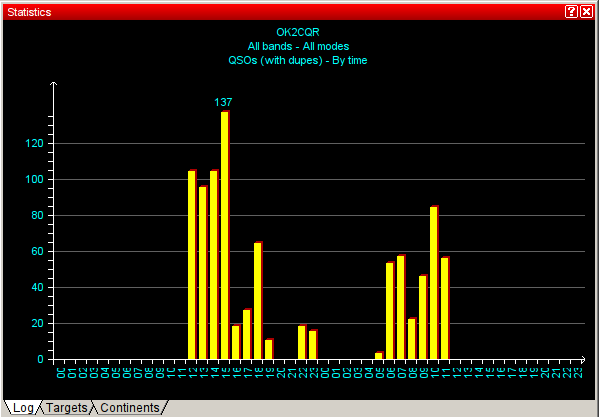 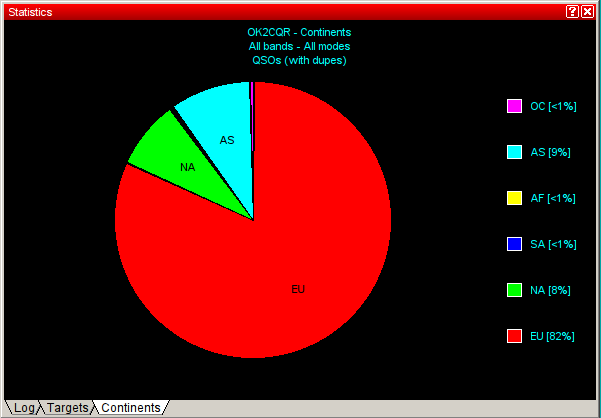 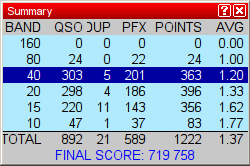 I have to write something about QRP stations who called me in the contest. First, I really don't understand why they added /QRP to their callsigns. Signals were weak and really don't understand why make callsign even longer. I have nothing against QRP, I've had operated QRP only for a few years, still use QRP from SOTA but don't know why I should add /QRP to my callsign. In the contest one of the /QRP stations called me. Signal was very weak and had a QSB. I asked three times to repeat the callsign and always got first three characters and /QRP. Nothing more because of QSB. I was very angry with it because he couldn't send me only the suffix twice instead of stupid /QRP. Why?? I don't care if he is using low power or 10kW, I need that QSO and even with weak signal, I'll try to finish it. 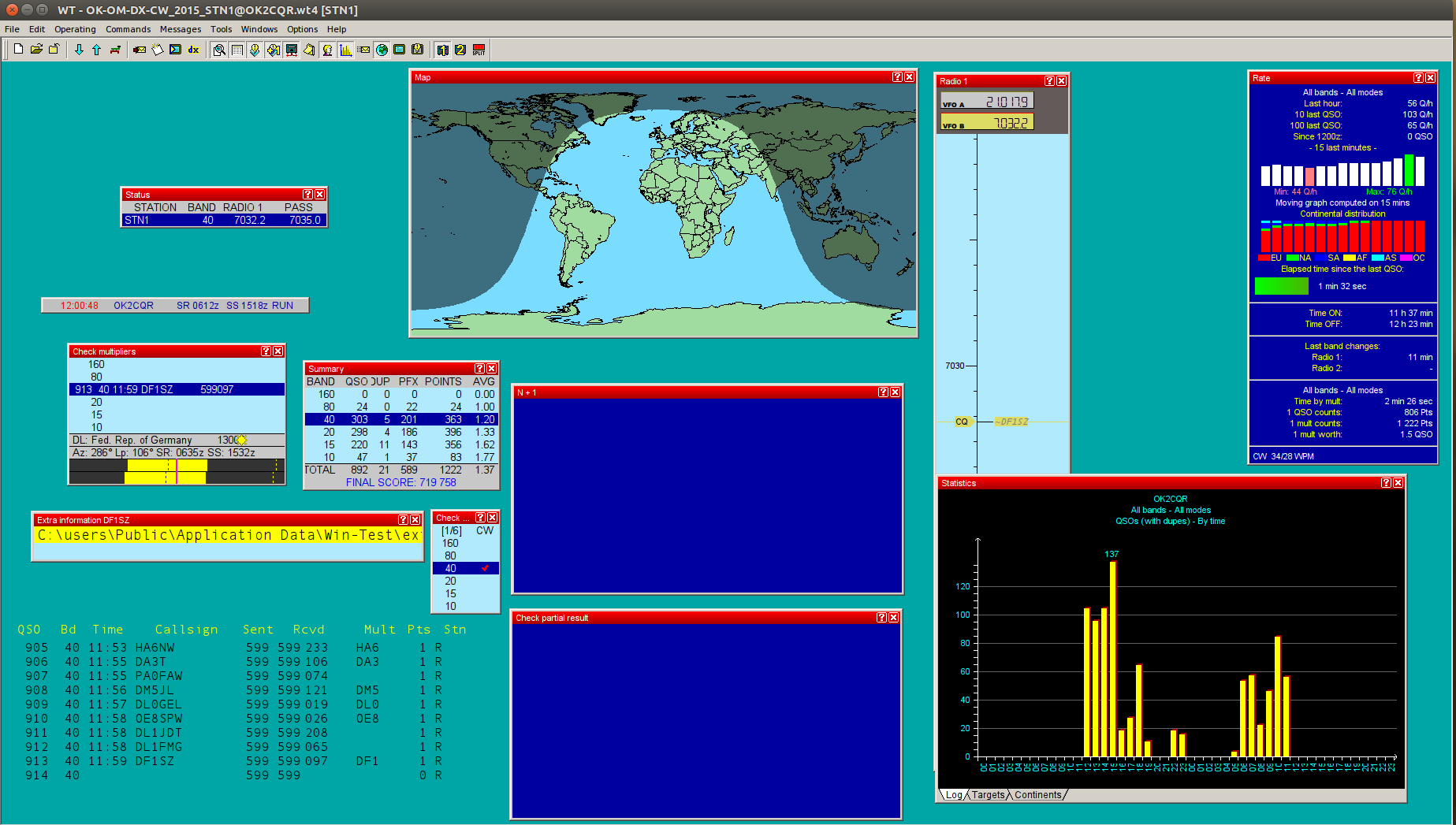 OK/OM DX contest is over (WinTest running under Wine in Ubuntu 14.04)